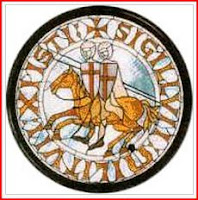 OK with a way to calculate SP stats via: Chess960: Start position searching, I've done a quick collection of statistics of the quantity of various knight related setups. Also see Naming the Knight Pairs and Insider information on the Bishop Pairs


Knights Together:
These are the statistics I'm most interested in at the moment for particular reasons of being able to judge the "weight" of how certain chess technical skills will count in Chess960. The suspicion is that positions that contain knights next to each other or one square apart that are on the files ABC or FGH tend to focus skills on recognizing knight tactics at a very thorough level. This is because the knights work together in complicated ways that us humans have difficulty appreciating. If you check out the statistics on the different arrangements, you get the striking result that the military knight and chivalry knight combinations count for over half of all Chess960 start positions.


Why these weird names for the knight combinations then??? It's quite simple really! Wikipedia defines each of them (Wiki Knights). If you read the definitions, you will see why I called them what I have. I wanted to combine their Chess960 flavor with the characteristics of their historical Wiki counterparts :


Ok so here is a bit of insider information then!:

Because of the phenomenon of the knights in the Chess960 SP's, if you want to win at Chess960, practice your knight skills particularly the start positions with the Chivalry and Military Orders. In roughly fifty percent of all Chess960 games the tactics centered around them will dominate and you will have the edge!

To carry this thought a bit further, here are some predictions: