Chess960: SP395 beats SP491 in the competition for the most number of viable starts

Turns out that SP395 beats SP491 in the competition to find the highest number of viable moves *here*. It beats standard chess in variety and also only takes four moves to castle queen-side like standard chess. 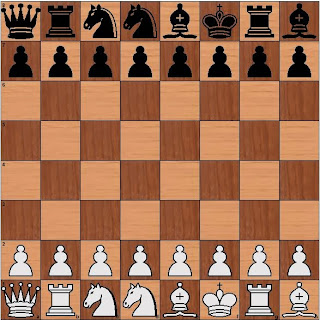 Rejected moves:
I'm starting to think that the positions with queen in the corner and a bishop in the corner produce such massive first move choices because there is no compulsion for white to play out pawns into the center when it might be wise to keep the long diagonals open. Also, another possible reason is that both rooks are on the b-g files which supports pawns that could be useful all the way up to the 5th rank.
Posted by HarryO at 6:32 PM 1 comment:

Chess960: Competition to find the SP with the highest number of viable first moves

Discovered a start position SP today that has a ridiculous amount of viable first moves options! More than standard chess in fact, fifteen in total. The absolute maximum number of first moves in some Chess960 starts is 21, but usually a large number of those can be ridden off because they are possible but theoretically too weak.

So here's the challenge.

See if you can find an SP that has more viable opening moves than this one: 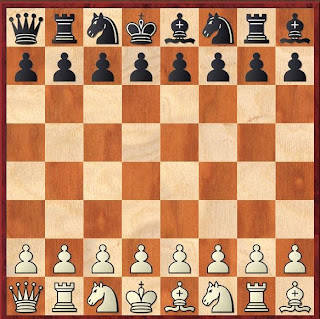 After a depth 24 search, Houdini-3 thinks that the variation in score between the best and worst first moves in that list is +/- 0.1 which is tiny. Realize that favoring a quick development of the corner bishop to attack the queen is not especially powerful and can be handled without problems.

In contrast, standard chess has at the very most 13 viable first moves but the variation in score is much bigger at +/- 0.43.

SP491 has a unique set of conditions with the queen in the corner allowing more options and a pair of knights that can be developed in a variety of ways. Also, the rooks support pawns that can be played out effectively. The only thing holding it back is less than optimal ways to develop the bishops. That opens the door for an SP which could possibly hit 16 viable first moves.

From my experience, I think SP491 could take the all time record. Prove me wrong!