In the last moments of the 2014 candidates tournament featuring Anand and Aronian, I thought I would look at a game played by these two greats in the 2007 Mainz world Chess960 championship.

What I found slightly shocked me I have to be honest!

In a rapid game of Chess960 where there is still plenty of time to play a reasonable opening, Anand started out in a dubious fashion, giving a lot of hope to all us Chess960 patzers out there!! 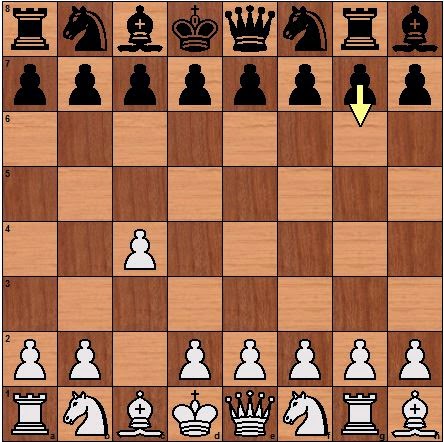 1.c4 ... g6. A dubious first move by white, since it slightly weakens king safety, and black can apply pressure immediately with 1...g6 (with d5 to come). White probably didn't want to play d4 or e4, since the former comes under fire after g6, and the latter blocks white's own bishop on h1. However, d4 and e4 still seem like better moves, since they are centralizing and allow a more rapid development (develop more pieces at once), without compromising king safety at all. 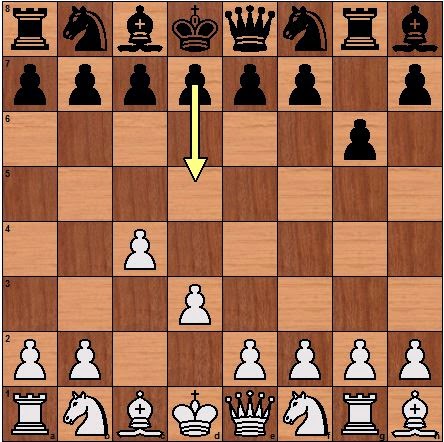 2. d3 ... d5. A dubious second move by white, since it is passive, giving black the chance to play aggressively with d5/Qa4+. A better move would have been 2.Nc3 which takes control of d5 and prevents what black now tries... 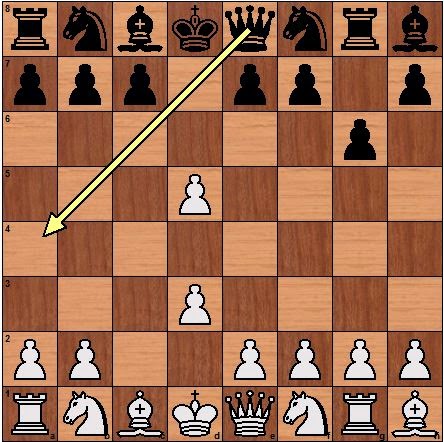 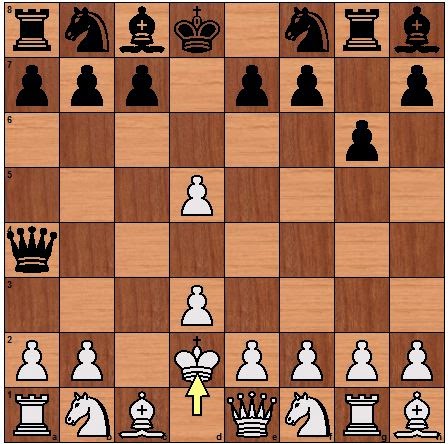 4.Kd2 (forced). White will never castle, will have to move his king again to free the c1 bishop and the only compensation is that black cannot easily develop his knights to c6 and e6


If one of the greatest players of all time can play a Chess960 opening like this, there is still hope for all us patzers out there!

I do have to say in Anand's defense, he actually won the game despite this opening!

Another point in Anand's favour is that incredibly, Houdini-4 evaluates this position at 0.00 even at depth 22!

Enjoy 960
PS) if you want the PGN for this game, download the database of all Chess960 games here.

A Car Crash Opening is any opening where the game is over before the tenth move because the loosing side is asleep at the wheel - enjoy the ride!

Mostly I stuff up beyond the 10th move somewhere. However in the tradition of the "Car Crash Opening", the end must come on or before the 10th move. So here is the fourth classic car crash opening played by me where each move I played is a perfect instruction on how not to play the Chess960 opening.
SP523: OK, KEEP YOUR EYES ON THE TWO YELLOW PIECES 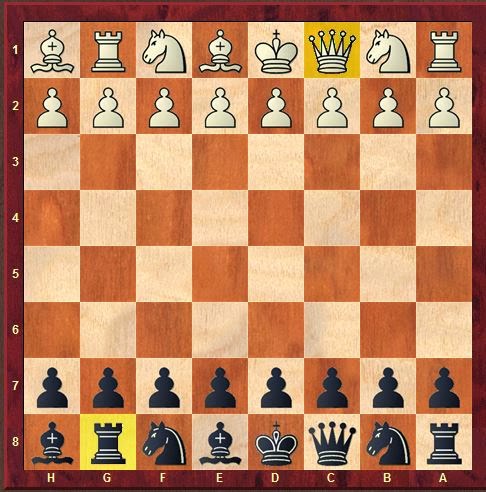 1. Ne3!? I'm thinking "c'mon man no way you are blocking your center!"
Now it's time to move. I notice these things about the position:
Now I'm blowing my brain cells on the first move! I play a move that breaks all the theories of first opening moves.
1. ...e6?! What the?!?! Doesn't develop any pieces at all and opens lines against the king. I was thinking that I wanted to set up the pawn structure e6/d5/c5....
2.d3!? I'm thinking "c'mon that is way too passive!"
2. ...d5!? I start to enact my secret plan of e6/d5/c5
3.Nxd5! What the !?!? you must be kidding
3. ...exd5?? Played instantly thinking my opponent is on drugs
4.Qg5+...f6 Blocking the bishop but what the heck
5.Qxd5+ Qd7 Surely something can be done about this coming car crash...
6.Qxg8...Ne6 I can trap the queen tell me I can trap the queen?
7.Qxh8 Black resigned. I can't castle and the queen escapes via h7
Here is the tragedy step by ugly step:

Posted by HarryO at 2:11 AM No comments:

Thanks to Mark Weeks highlighting the Fischer Random tournament in Moscow last weekend, I found a great quote by Emanuel Lasker at the Chessvibes reporting of the event.

"Education in Chess has to be an education in independent thinking and judgement. Chess must not be memorized, simply because it is not important enough. ... Memory is too valuable to be stocked with trifles." - Emanuel Lasker

It's not so much the memory that is too valuable, but the investment in time. Even a genius like Magnus Carlsen has still spent a major portion of his life memorising vast amounts of opening variations. He has the memory capacity to do that, but it was the investment in time that is questionable. Sure he has been rewarded for it by becoming the world champion, but think of the thousands of almost-as-good-players that aspired to it as well and spent just as much time memorising opening moves without the same result.....
This brings me to the points Hikaru Nakamura has made over the last few weeks. In an interview after the Zurich tournament this year, Hikaru said:
"In general I like reading a lot, book on just about everything. I'm also quite interested in languages, and spend a lot of time studying Italian and French. Sometimes I'm into hiking. Maybe I have too many interests, and that's why I'm not so good at chess. I just try to enjoy life as much as I can"
Sounds logical to me! Rather that than sitting in front of a computer studying the latest Livebook database findings for the latest fashions in chess opening fads.....
An interesting interview in America by Hikaru on Chess960 here:
Question - Do you think there will ever be a time in the future when Chess960 is a serious competitive chess format? Do you feel it does a good job of shaking up the theory-heavy metagame for more "casual" observers?
Hikaru - "I think chess960 is great as it is simply pure intuition and understanding without theory or computers. In my opinion, a lot depends on the trends. For example, at the moment everyone is playing the Berlin Defense which has severely reduced the number of games with 1.e4 If this trend of attempting to "kill" the excitement continues, it is hard to believe 960 won't take over at some point. However, if we start seeing a lot of deep preparation and exciting games in in the Najdorf or Dragon, then I think the scope of normal chess will continue for a very long time"
Why isn't chess960 as popular as normal chess yet?
Do you like it more than regular chess?
[+]GMHikaru[S] 3 points4 points5 points 4 days ago  (0 children)
"I've answered this before, but I think it depends on which openings and which styles of normal chess dominate in the coming years. Chess960 is not as popular mainly because there is less financial incentive and because normal chess is still quite alive. For the most part, I do like chess960 more."
A really special Fischer Random interview in Russia translated here:
Translated by Google: E.SUROV: What is the prospect of Fischer chess and the statement "to replace it (chess)?"

A.DEVIATKIN: I have to say that I - a supporter of the Fisher chess and, therefore, perhaps be a little subjective. The question itself is really quite categorical: replace or not? Actually, why replace chess, why cancel and switch to the classic Fischer chess? Here, rather, we are on a parallel system of competition, about how to organize more and more tournaments in Fischer chess....

S.GRIGORIANTS: Even most fans of Fischer chess do not say that something needs to be replaced. Of course, everyone likes classical chess....and they can coexist and not interfere with each other, rather complement each other.
Enjoy 960
Posted by HarryO at 1:37 AM No comments: