Here is a nice refreshing uncomplicated start to another puzzle. SP300 features a mate on g7 after 1. Ng3. At first black's reaction is to panic and this natural. Black's second reaction is to defend with 1....g6 and although this is not bad, it is a bit too nervous because black has much better options if only they can calm down and enjoy the position.

So here is the puzzle! 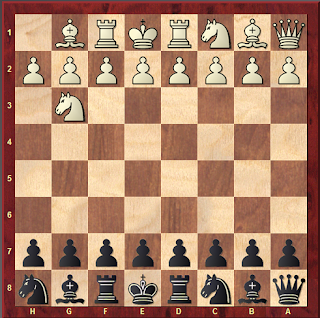 Any order for the top three responses will do in order to "win" this puzzle. The point to remember is that in SP300, black has at least three good responses to 1. Ng3, and actually there are even more than three! Thank you Bobby for giving us Fischer Random!


Enjoy the top three solutions given below.
Each solution has a lovely surprise in it.

Posted by HarryO at 2:05 PM No comments:

Here's a theory for you for part two of the Chess 960 survival guide.  In Chess960 we need to elaborate on what we mean by a weak square during the opening phase of the game.

Here is a possible definition: A Chess960 weak square is a square that was already under-defended to begin with, yet cannot be satisfactorily strengthened with a subsequent developing move... 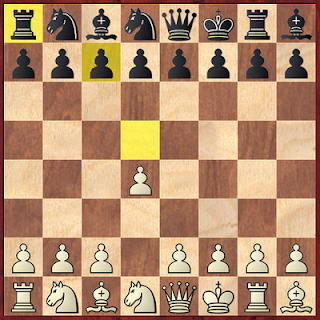 Why do I think that the three yellow squares are weak?
If  lucky, the weak squares dissolve away quite naturally through the action of the first few moves. If you are not keen to them, you could find that the weak squares become the elephant in the room rather than the mouse! The point is that chess 960 weak squares are *invisible* and have to be inferred. They are easy for either side to miss and take a bit of time to find. This is because Chess960 weak squares are both a positional AND tactical weakness. Even though they are invisible, they so totally shape the position, and so the invisible is as important as the visible!


It is difficult to stare at a chess 960 start and just not see these invisible weaknesses. Eventually practice will reveal them quicker and quicker in your awareness. For example there are a few ways to deal with the weak squares in SP439. Here are a few quick ideas:
In the first idea (d5/c6) notice something really interesting about the trade off that black has with c6!? Although the move is non developing, it does not impede development but actually achieves three things in one move. It eliminates all the three weak squares at the cost of only one tempo. Therefore black has actually achieved a net gain with c6! The idea only works because although black gives up the tempo with a non developing move, white has nothing in their development to prove it's weakness and actually struggles to find any play against it.

Here is another example: 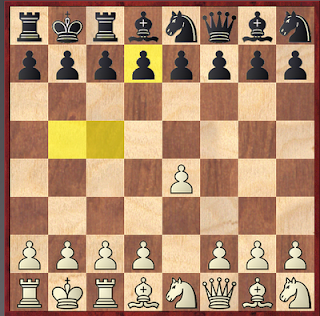 There are a few ways to deal with the weak squares in SP941. Here are a couple of quick ideas:
NOTICE SOMETHING?

The survival guide theory to play Chess960 especially when you are black, is to count the number of weak squares on each side of the board (traditionally called the Kingside and Queenside). Because of the way that tempo plays out in Chess, we must try to do more than one thing with each tempo we get. In chess it's quite easy to achieve two things with one move, but difficult to achieve more than two. If you count the weak squares and find that there are more than two weak squares on either one side of the board or the other, you are going to have to think how to strengthen them as a top priority especially if you are black. You need to work out a way to plug the holes as efficiently as possible, because there are more than two holes! You are going to have to accept compromises in the position, but always keeping an eye out for counter attacking chances that do happen.

Here are avenues of thought on how to deal with three chess 960 weak squares
So here is a Chess960 insiders tip:
If you want to read the chess 960 start position really well, count the number of chess 960 weak squares on each side of the board kingside and queenside. If three weak squares exist on either side, you must develop a plan to make at least one of the squares stronger to reduce the problem down to two or less weak squares, especially if you are black. Always keep an eye out for counter attacking chances when the opponent is misreading the position.

Enjoy 960!
(note that this is only another theory!)