With Chess960, opening themes are learned according to their probability of showing up over the board across a number of start positions. These themes can be small chunks or over arching piece placement themes. Here is an interesting theme that goes part of the way into answering Irina Krush views on the Center Bishops that Mark Weeks has discussed over at his blog.


Should I play Bd1-f3 to fianchetto the bishop? 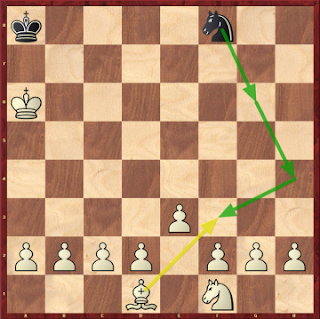 The problem with Bf3 in these situations, is that a knight on f8/h8 can annoy the bishop on f3 by moving forward to e5/h4, threatening to exchange the bishop and isolate a rook pawn. To do this black only has to expend one extra tempo (because the tempo taken up from initially developing the knight is good). On the other hand, white has to expend one tempo moving the bishop to f3, then possibly another tempo moving the bishop away from f3 to avoid the exchange, and possibly another tempo to allow Bf3-g2 if white wants to keep the bishop on the long diagonal (but a bishop on g2 is still being attacked by the same knight on h4!)


Even more interesting is that since 50% of all Chess960 games will have a bishop on d1 or e1, and if there are 2x176 games with opposing knights, then out of all the Bd1/e1 games, the question Bf3/c3? occurs in 75% of those starting positions!

So what about the question "Should I play Bd1-f3 to fianchetto my bishop?"
Therefore, with either one bishop in the center or two, by far the most likely development squares for the bishops will either be on the second or forth ranks with Bd1-e2 or Bd1-g4.

And so here is the big insiders information tip for Chess960 fans:

Since 50% of all Chess960 games have one or two bishop in the center, and since developing a bishop to the third rank is probably not good, save time thinking about the bishop with the plan to develop it to either the second or forth ranks. In the case of a bishop on d1, this means Bd1-e2 or Bd1-g4. If either of those options are not pleasing, give a lot of thought to Bd1-c2.

Note:
The other question is whether to develop the bishop in the other direction. For example Bd1 to c2 or b3. That is reserved for another topic except to say that a bishop on c2 can be very powerful if it is backed up by a queen that is on the back rank! Bc2 only takes two tempo and the c2-c4 pawn is probably good to move as well as per the English opening in traditional chess to counter in the center. Choosing instead Bb3 is usually ineffective (I think), because a bishop on b3 often blocks a knight or a queen and it also blocks the b-pawn. It only rarely get's involved in favourable tactics when it sits on b3 as well. That said, Bd1-b3 is worth considering alongside Bd1-e2 and Bd1-g4, because Bb3 does directly attack a castled king.

So from most likely to least likely we get:

And a final note! Here is an example where Bc3 actually works very well, which appears to contradict everything that I have already said about it being no good. However note that black cannot exchange off the bishop on c3 with a knight and note that if black plays BxB white get's Nc3 for no cost. 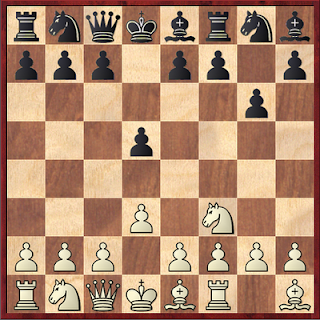