Hi there
Playing the Chess960 opening produces some really interesting stuff a bit like walking through a jungle and picking up some ten legged critter you have never seen before. Here is one of those oddities!

SP118 contains in it some immediate features that can produce some odd situations. The features are: 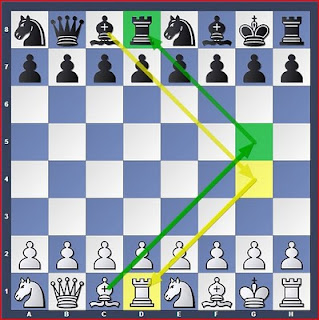 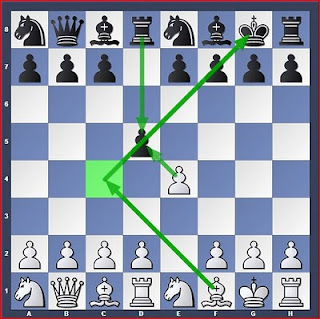 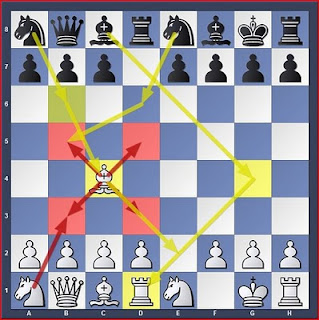 In this situation Rd8!? has not wasted a tempo for black! On surface glance it appears that white is more developed. After all, white has the move, one of his minor pieces is developed and black has neither. The amazing thing is white has the tempo, but black has all the initiative. Check out all these primary lines that show what I mean:

The moral is that in the chess960 opening, it is wise to study whether a rook is undefended, and if so, can it be quickly attacked? Just another simple check to add to the list. These observations become a habit and soon you won't have to think much once they are seen. And in Chess960, don't assume that moving a rook twice in the opening is always bad!
Posted by HarryO at 2:56 PM