Here's another one of those starting positions that needs a bit of eye training to find the inherent structural weak spot. It's not hard to find but is good instructional material for playing the Chess960 opening. If no-one ever reads this blog, at least it will help to remind myself! 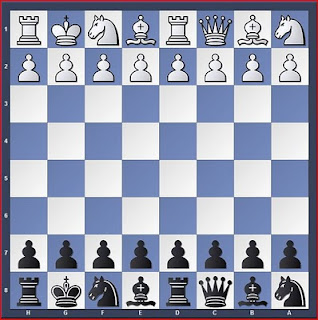 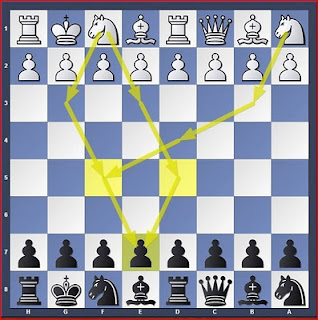 The key focus is on the e2, e7 square because if a knight get's there it's game over. But it's not just the square itself, but the intermediate squares that attackers will use to get to it! So here are the main features:
Ok let's move onto the bishops:
What the eye must see - THE BISHOPS 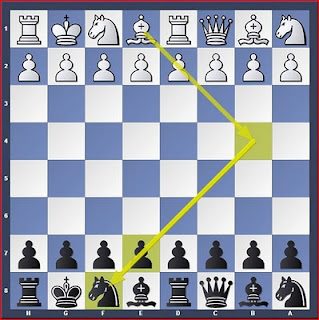 This post does not try to suggest a good opening idea, just to highlight how the Chess960 eye must be trained. Once a player has played a few thousand Chess960 openings, these structural elements are visualized in fractions of a second. If kids were alive today that had grown up playing only Chess960, their ability to quickly pick up these structural elements in any of the 960 positions would astound mortal players of standard chess.
Posted by HarryO at 8:04 PM