I was playing a game a couple of days ago with the bishops in the corner. If you haven't studied many of these games, it is probably a good idea to do it. The entire Patriarch Bishop Family make up almost 50% of all Chess960 games. Essentially I started the game already freaked out by the primary patriarch's. The thing about SP224 is that you are potentially facing a combined bishop/knight onslaught!


SP224: A contemplation on how to dynamically defend and maintain attack 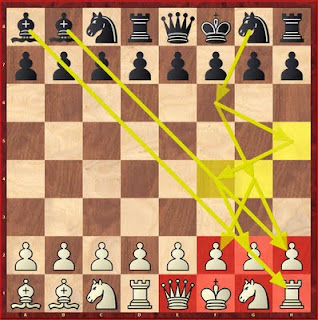 I went into the game with a negative frame of mind as you can see above! In reality, white has plenty of attack options and so there is nothing to freak out about. Actually there is a very good chance that the game will simply close down to a draw like position very quickly if players start out symmetrically.

The benefit of the negative frame of mind was that I got to learn about how to dynamically defend against the Patriarch Bishops but also how to maintain attack. Basically you use whatever resource there is to shield from the patriarch attack's but also permit your own patriarch's to attack. So here is a presentation of the main theoretical ideas that I learned from the game.


SP224 white to play: Using the centre to close down the Patriarch's 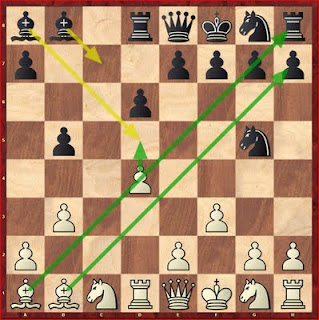 Here we see a very simple idea that must be kept in the back of the mind. In SP224, it just so happens that the rook is on d1. This is an opportunity to play out d4/d5 in some situations. If a pawn can get to d5, it can simultaneously block the opponent's patriarch's and free both your own patriarch's. This one idea is very powerful and can be game winning if executed correctly.
SP224 White to play: black blocks their own patriarch's 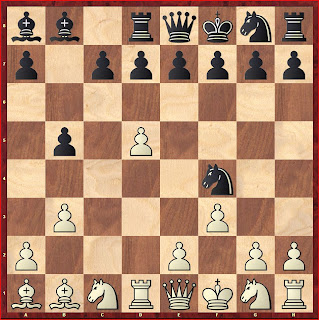 The point here is to study the effect of the f4 knight rather than to explore the obvious moves or wonder how this position was arrived at. In these types of SP's, the primary patriarch's are important to keep active. Here black will actually block their own dark bishop with Nf4. Always look to see whether the enemies forward placements actually have any real attack at all and if not, allow them to sit in their blocking position. Here it is simply that the knight on f4 does not issue any attack. White has nothing to fear. Black has essentially wasted time and has reached a blocking position where his dark bishop cannot attack the opposite wing.
Here is another active defensive idea against the patriarch bishops:
SP224: One pawn defends in at least two ways 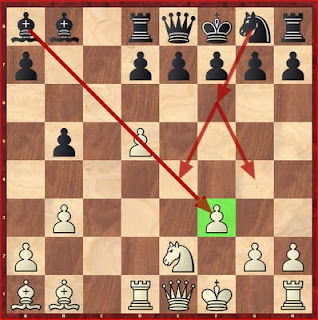 It turns out that in SP224, the f3 pawn actually blocks the long diagonal but also prevents the g8 knight from moving forward. In this respect SP224 has something in common with traditional chess SP518! At the start of a game, look for these types of defensive features that are present in the SP because they can help you later on. It is not so much that they are defensive resources, but that they also contribute to attack by not impeding any pieces and actually allowing them to continue to pressure while defending.
SP224: Let the opponent block themselves up in any way possible! 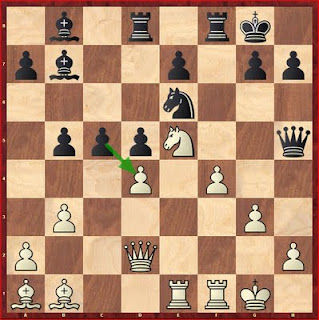 If black plays cxd4, what is the situation in terms of the patriarch bishops? It is simply that black has blocked the bishop on the long diagonal because the d5 pawn cannot be shifted out of the way. So here is another way that black can block themselves up. The winning move here for white is ...cxd4, Ng6!
SP224 white to play: White uses every tactical resource to stop the primary patriarch's! 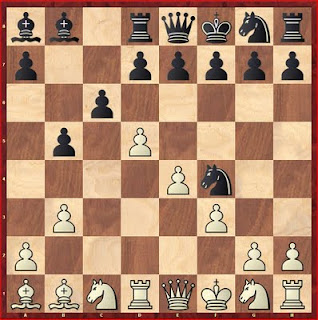 Here is an example of how white can use tactics to stop black's patriarch bishops. The situation here is that white wants to continue to develop! They wonder whether it is possible to play Nge2!? The risk is cxdxe where black can open up the patriarch's and capture pawns at the same time. But white finds a tactical way to keep up the development pressure:
1. Nge2!? ... cxd5
2. NxN    ... BxN
3. Ne2    ... Bb8   The point is that black does not want to dissolve the patriarch bishop combination and so must retreat the bishop. At the same time, white has developed both knights and now has the move to play:
4. exd5             White plays very well with a simple tactical resource to keep up the development process going and simultaneously impeding black's development.
SP224 white to play: Reading the state of the position at all times 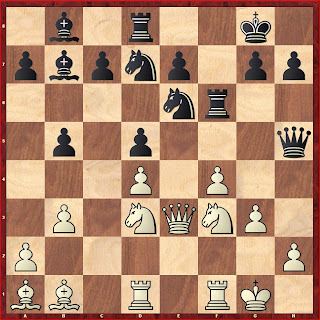 The point of this diagram is to show how white reads the position and makes an assessment that attacking is good! Here both black's patriarch bishops are blocked. Black's queen does not threaten the king or h2 and so white begins to think about attack. White realises that f5! attacks and simultaneously does not weaken the king's position. This is the nature of these starting positions. We try to find ways of attacking without weakening our own position. However in order to do so, we must make an overall assessment of the opponents attack paths. White's idea then is f5!/Nf4 and black's game is in trouble.
So to summarise the main ideas for these starting positions with the Primary Patriarch Bishops:
Enjoy 960
Posted by HarryO at 5:04 PM