After the last post on SP362, I began to think just a little bit about the "prickly" pawn. It is not poison to swallow, but just how unpleasant are the edge pawns to capture across all nine hundred and sixty Chess960 starting positions? The theory is that white can forget about capturing the edge pawn on the a/h files. If it is grabbed, it will prickle and cause slow bleeding. Out in the Chess960 Jungle, that is not a good way to start!

Why are the edge pawns safe then? The proof should be pretty simple but is still in the works. Here is a really quick knock up:

Proof of 1:
What are the combinations of back rank pieces that leaves the edge pawn undefended and without a simple developmental defense?.....There are none!


BR****** This case is easy to prove because playing b6 protects the edge pawn and opens the long diagonal for a bishop. This is always good:
Proof 1A: 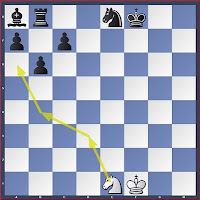 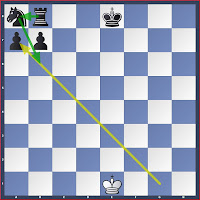 -> But if the queen takes the edge pawn diagonally, the defense of Nb6/Ra8 traps her which is always BAD.
-> If a bishop attacks the a7 pawn, Nb6 defends it and develops. I agree that this is the weakest argument, but I highly doubt that biffing the knight via the pawn advances a4-5 or c4-5 actually work. BY THAT TIME BLACK WILL HAVE DEVELOPED SUFFICIENTLY TO COUNTER THE TEMPO EXPENDED.

Proof of 2:
What combination of back rank pieces allow for a simple defense of the edge pawn, but that can be rebuffed in some way or another?

*N****** This case is reasonably simple to prove because Nb8-Nc6 is a useful move that protects the edge pawn immediately: 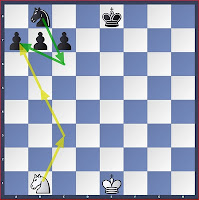 -> Note that a mate via Nxa7# is not possible because if a king were on c8, then a rook must be on a8 which then defends a7.

{but what about the case that a rook or queen then get drawn onto a7 and captured? See proof 3}

Proof 2B:
A knight on c6 can be biffed by either the b-pawn or d-pawn advance,  but by the time the advance has taken place, the biff can be defended: 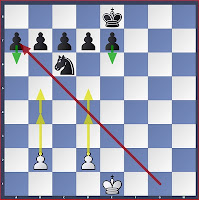 -> A pawn biff takes too long

Proof 2C:
The case that is a bit more complicated to prove is when a bishop is in the opposite corner and captures the c6 knight so that the edge pawn can be taken: 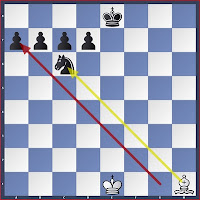 
Proof 2D:
The final case is where a knight on a1 or c1 tries to exchange off a knight on c6 via a5 so that the edge pawn can be diagonally captured: 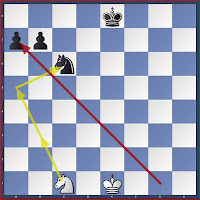 Pheeeeoh! That was not as simple to prove as I thought!

There might be an even simpler proof. One simpler explanation is that the edge pawn is not worth playing 3-4 moves in order to capture!

Whatever. I think the edge pawn is as safe as it was in standard chess SP518. C'mon try to disprove me! I After all ANY discussion about Chess960 is better than none. Even if you want to take these ideas and write a book it is not my concern. All I wish for is that Chess960 becomes more popular.

The next case would be to prove the severity of threats on the b-c-d-pawns. That will interesting! I'm slowly getting better at formulating proofs that require some forward and some reverse engineering to justify! Already in my head it is clear that there is no significant threats on these pawns that cannot be countered with initiative, but the proofs will have to wait for now.
Posted by HarryO at 2:23 PM