What do we want to be? Nomadic chess960 wanderers or settle down to domesticated subsistence? Yeah it's a bit bizarre but hey don't blame me blame my mind!........

It's amazing how right at this minute I am sure that some chess players on the planet are deciding what they think is a useful subset of the total set of 960 chess starting positions. The debate is a good thing but boy does it have so much in common with land clearance practices in agriculture.
Think about it. Chess960 is a vast jungle at maximum possible diversity. Could humans live in such a jungle? They would need to clear a bit of land for themselves perhaps? But what land and how much? What diversity is expendable and which is not?
In this current age we are familiar with Chess SP518. Will we clear the Chess960 jungle to make it look more like SP518? If we do that, it might be much like what the English did when they came to Australia. They turned Australia into an English landscape and then came to realise later on that they had destroyed so much diversity. Through the force of habit they tried to transform an unfamiliar landscape into a landscape they were used to and could understand.
Will we clear just a bit of the Chess960 jungle? Perhaps just the starting positions that we think are simply unnecessary and then we leave the rest. What justification would we use? Who will decide that? Kramnik? Anand? Kasparov? Karpov? FIDE? What authority will decide that? Do we really need to cut back the Chess960 Jungle at all? When such authority speaks for the broad chess playing public (we the patzers!), is it not possible that the patzers will accept Chess960 easier than authority can perhaps? That would be a very interesting possibility.
Here is an example. Perhaps this "weed" in the Chess960 jungle needs to be chopped?:


SP131 and it's variants - Bishops in the corner 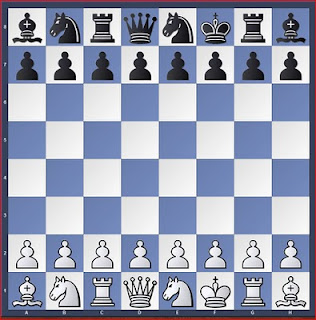 The bishops are in the corner and it seems that on first glance they will most likely be exchanged off the board. In my own games from this position that does seem to happen more often than not. But is that undesirable? Personally I think bishops in the corners is a very beautiful subset of the Chess960 positions that emphasizes the structural framework of pawns in a more skeletal form. The framework is vital to get right because the knights need outposts and they need paths to those outposts that they can traverse through the pawn structure.

Should we cull those positions Vladimir Kramnik? You the great master what do you think truthfully and without your tainted SP518 glasses on? If not to remove the bishops in the corners then what, the knights in the corners? Only the rooks in the corners?
As far as I'm concerned, it's how we perceive the diversity and how to work with the existing diversity. It's not about reducing the diversity down to suit ourselves. I guess it's the same debate about whether we want to be nomadic wanderers living off what we discover through curiosity and accumulated knowledge, or simply settle down to a cleared patch of domesticated subsistence that is more certain and predictable.

The curiosity is that the seasonal wanderers that were indigenous to my country came to great insights about diversity itself and have outlived most if not all other civilizations. They accepted diversity and worked with it. But unlike real life, us nomadic chess wanderers that move through the jungle of 960 do not have to worry about diseases and predators. The only thing we have to worry about is ignorance!!
Posted by HarryO at 4:32 PM