Was reading Mark Week's blog An Early Queen Sortie and got a bit interested in how often this theme actually happens in Chess960: 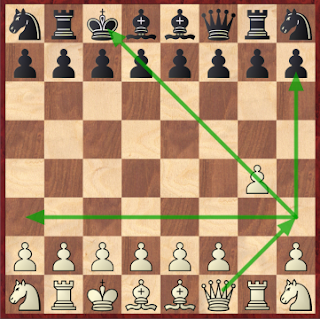 
But how often is Qh3 actually worth it, out of that total approximate possibility of 10% for Qh3 showing up on the board? Here is a subdivision of the above 10% of possibilities for Qh3, with a pin of the king on c8:


The basic problem with Qh3 is not just that it is strategically dubious, but that it only ever shows up in one in ten games, and when it does, it probably is not a good idea for these reasons:

Chess960 insiders tip: If you want to play the opening quickly, you can almost totally disregard the move Qf1-Qh3 if it ever shows up as a possibility. This probably also applies to it's partner Qc1-Qa3.