To celebrate reaching the 10th Chess960 opening idea, here is an original idea that I don't think is seen in traditional chess. It features two pawns that walk by each other on the e-f street like two pedestrians on a foot path that walk past each other!

The idea originates because of the limitation of idea no.9 in the same starting position, that seems to lead nowhere. So white instead tries something more radical:


SP463 white to play: trace back the moves and try to see black's idea! 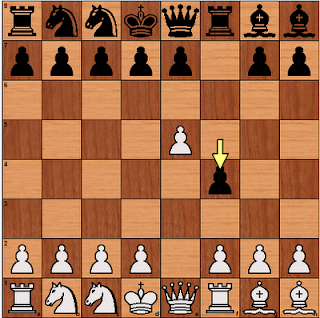 Enjoy 960
Hint: black plays a bold development (1.e4...f5!)
White is not worried by (...Qh5+/Ne2)
white refuses the pawn capture to try and restrict black
Black then walks the f-pawn 2....f4!
exposing white's e-pawn with initiative!
It is black who now restricts white's development
Posted by HarryO at 2:48 PM