I decided to play Komodo-9 in a game of Chess960 because the consensus is that it plays natural human looking moves, which might be a nice way to practice Chess960 openings.

Here is the situation at move 2: 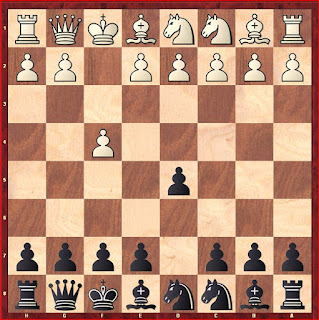 My first move as black was a very natural move that takes good control of the center. Komodo's first move f4 surprised me a little. I'm not sure if it is a good idea to commit to weakening the light squares on the kingside so early when there are better moves. f4 does threatens f5 at some point which would kick black's knight if I planted it on e6. However that is not a threat. I would instead play Nc6/Bd7 which opens up some nice lines on the light squares for my bishop against white's kingside.

But now I really got a shock. Komodo-9 decides to play Qf2?! This cannot be a good move. There is no point playing out the queen so early while also blocking the dark square bishop in the process. Trying to defend f4/f5 so soon seems to be silly.

So I analysed what my other engine Stockfish thought of Komodo's move. Here is the result:

So after 2.Qf2?! we can see that Komodo-9 has issues playing Chess960 openings. Firstly, it is a slower engine than Stockfish when it comes to achieving the same depth. Stockfish got to depth 22 really quickly. Perhaps the depth of the calculation is really important in the Chess960 opening which favours Stockfish.

But Komodo's issue is not just depth, but also evaluation. There is no way in hell you can tell me that after 2.Qf2?! white is a bit better? Stockfish's evaluation of the position seems to me to be about right if not even a bit too conservative in it's favouring of black after 2.Qf2?! Nd6.

So I thought I would take a look at the CCRL 24-hour-a-day computer engine competition. In standard Chess Komodo appears to have the current lead. But in Chess960 the story is different. Stockfish is still the leader with a 50 point ELO rating higher than Komodo.

Well there you go. A little bit of engine trivia for you.