I do not understand why more geneticists and scientists are not playing Chess960. They would love it. Buried in the sequence of all Chess960 positions, are clusters of thematic positions. Tonight I played SP456 a very easy number to remember! This SP has to be one of the most hideously complex positions in the whole set of 960. Why is that? Here is the position: 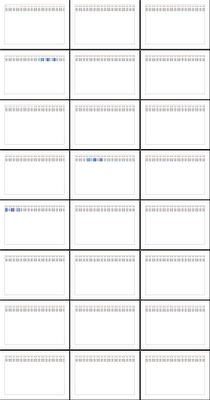 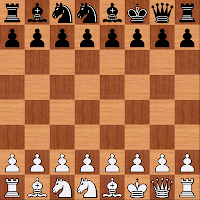 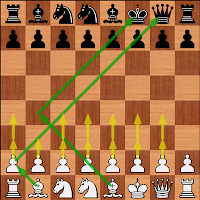 The diagram on the right shows where you will find the KQR sequence on the king-side in the set of Chess960 positions. The diagram is rotated to fit on this page so SP001 is top left and reads down then across. In the diagram you can just see where the dark splotches represent the KQR positions. There are only 18 of them! If you take the mirror of them RQK then there are 36 positions, but Chess960 is not actually symmetrical about the half way because of the castling rule, and so I'm reluctant to include the mirror positions.

The amazing thing about the KQR sequence on the kingside edge are these features:
The thing about SP456 is this, because all the minor pieces are concentrated on one side of the board, the chess960 players have to achieve three important high level tasks:
Objectives 1 and 2 above are actually competing against each other. Yes it is possible to build a beautifully secure pawn structure on the queenside, but then the minor pieces won't be developed properly. It's a compromise and a potential minefield.

Note: Queenside means the same as it does for traditional chess, except that the queen is not actually on the queenside!
Posted by HarryO at 4:39 AM